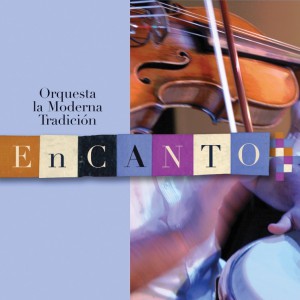 En Canto is the third recording by Orq. La Moderna Tradición (“The Modern Tradition Orchestra”), a 10-piece charanga orchestra – essentially, a type of Cuban salsa band with violins and flute instead of trumpets and trombones. An original member, I played piano and sang backing vocals with them for sixteen years.

En Canto is the first album-length recording I engineered and mixed, and I also co-produced. This was all done in my little house in Oakland.

Recorded by Bob Karty except for rhythm section on Cenizas and Canta La Ceiba, recorded by Jeff Cressman.

Edited and mixed by Bob Karty.

* For over 20 years, Descarga.com was the premier source for recordings of Afro-Cuban and related Afro-Caribbean music. It was also a treasure trove of information about this rich musical world for English-speaking fans. Descarga‘s web site, catalog, and newsletters offered reviews and recommendations from respected figures in the field and in-depth interviews with artists, producers, and scholars. Relying on sales of CDs and DVDs, it couldn’t compete with streaming services, and closed in 2016.

For the latest on recordings and performances, sign up for my newsletter.